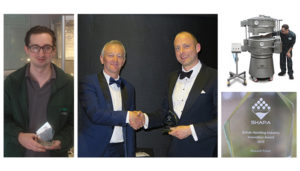 Russell Finex presented with the Exporter of the Year and the Innovation Award at Solids Handling and Processing Industry Awards.

The SHAPA Awards 2016 returned to the National Space Centre, Leicester on Tuesday 12th April to showcase the achievements of companies and individuals in the solids handling and processing industry. Russell Finex was shortlisted in three of the five categories at the prestigious event, highlighting another successful year for the separation specialists.

Having taken home Exporter of the Year in 2015, Russell Finex again hoped for success in this category. The company was also in the running for the Innovation Award, in recognition of the recently developed lifting system for screen decks, the Russell Screen Changer™, as well as SHAPA Company of the Year.Russell-Finex-SHAPA-Awards-2016-Winners-Innovation

After much anticipation, Russell Finex prospered in two of the award categories, taking home the Innovation Award as well as being named Exporter of the Year for the second year running.

Richard Baker, Russell Finex UK Sales Manager, was thrilled to accept the Innovation Award, commenting, “This award highlights our commitment to listening to our customers, and placing them at the heart of new developments. Our new products are not only made for customers, but with customers, who provide valuable insights into function and usability, so we can continue to meet their demands.”

With innovation at the core of the company, Russell Finex invests in extensive research, in order to continually meet the needs of customers, as well as quickly adapt its business strategies when new markets or technologies emerge. Utilizing relationships with major global customers is a key part of this research, and assisted in the development of the new separator deck lifter, the Russell Screen Changer™, a solution to enhance the safety and usability of single and multi-deck circular separators. The Russell Finex development team applied the latest in pneumatic technology to provide a user-friendly, failsafe and compact design, targeting the needs of the modern-day process industry.

Hemal Adalja, Senior Export Sales Manager at Russell Finex, accepted the Exporter of the Year award, saying, “We are delighted to have been recognised for another outstanding year of export growth. We are continually working hard to provide high-quality products and customer service around the world, in established and developing markets, and it’s great to be rewarded for this.”

Since its establishment in 1934, Russell Finex has enjoyed steady, strategic growth to cement itself as a global leader in the design and manufacture of separation technology. Part of this success can be attributed to building and maintaining a global customer base, supported by local sales and aftermarket teams. With a large proportion of sales now coming from overseas markets, Russell Finex put clear, long-term plans in place to target new opportunities, as well as expand into existing territories.

Russell Finex is honoured to have been rewarded by SHAPA once again for achievement in the industry, and would like to thank the association for recognizing the efforts behind another year of success. 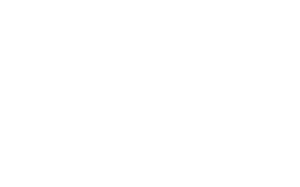 Over the past 85 years, Russell Finex has grown into a successful international company. We are a worldwide leader in fine mesh separation technology, designing